Is Russia afraid of Europe rather than NATO? 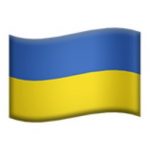 Ukraine invasion by Russian forces is awful and frightful for all of us in Europe and in Italy.

On Gioorgi.com  we want to support Ukraine people, and say one more time “Stop the War , now”!

It is very difficult to understand the reason behind this attack.
It seems Putin is afraid of Europe Union, not of NATO.
Country joined Europe (like Poland) have a rise in their economy.
Countries under direct Russian control suffer from a bad deal, they are like “vassals” of Moscow.

Ukraine freedom to join to Europe is the true game changer:

This argument has two flaws, one about history and one about Putin’s thinking. First, NATO expansion has not been a constant source of tension between Russia and the West, but a variable. Over the last thirty years, the salience of the issue has risen and fallen […] due instead to waves of democratic expansion in Eurasia. In a very clear pattern, Moscow’s complaints about NATO spike after democratic breakthroughs. While the tragic invasions and occupations of Georgia and Ukraine have secured Putin a de facto veto over their NATO aspirations, since the alliance would never admit a country under partial occupation by Russian forces, this fact undermines Putin’s claim that the current invasion is aimed at NATO membership. He has already blocked NATO expansion for all intents and purposes, thereby revealing that he wants something far more significant in Ukraine today: the end of democracy and the return of subjugation.

Joining Europe union requires Democracy, and not all Country wants to change their institution to be more democratic  (like Turkey, which preferred to stick with a “Erdogan-style” democracy, with less free press and death penalty still present).

NATO is not a big deal for Russia, also because it is inside G8.

This entry was posted in English Content, Freedom and tagged politic, Urkaine, war. Bookmark the permalink.