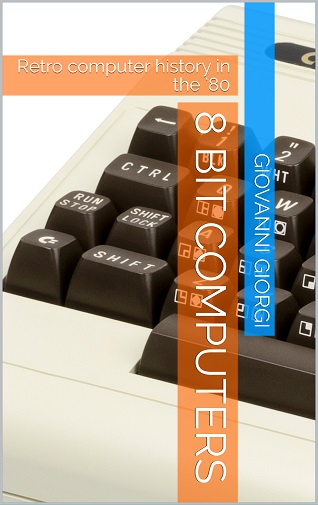 I decided to write a book called “8-Bit Computers: Retro computer history in the ’80”.
It is my first book on this topic, so I need you comments & advices!
A small extract is right here for download.

You will be able to buy the Kindle edition for little as € 0,99 by the end of June.

In this story Atari, Commodore, and Nintendo are the game changer, together with other player like Apple, Mattel and Texas Instruments. Atari created the market, Commodore pushed the 8-bit computer era, Nintendo rescued it.

In the hype (mid ’80) I was an eleven years old in a little country called Italy.

I was able to get a Vic20 and after that, the C/64, thank you to the Jack Tramiel’s idea to sold computers into the retail stores instead of only electronics or computer hobbyist specialty stores. The Commodore computers would change my life forever.

So I decoded to run through again that years adding my experience: this is the book you are reading, for less than a Starbucks’ Frappuccino.